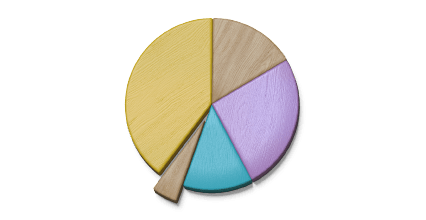 What’s next on the agenda for the government?

With the election campaign finally over and a new government sworn in, many Australians will be wondering what a Labor government is likely to tackle over the next term. A helpful starting point is Labor’s election promises, which provide a useful indication of possible areas that will be targeted over the next few years.

One of the big tax policies that Labor took to the election was the party’s commitment to ensuring that multinationals pay their fair share of tax in Australia.

Labor also made announcements which will affect individuals and businesses, both big and small. These include more security for gig economy workers, making wage theft illegal, and training more apprentices.

Tax time 2022 is fast approaching, and this financial year, the ATO will again be focusing on a few key areas to ensure Australians are doing the right thing and paying the right amount of tax.

Like last year, the ATO recommends that people wait until the end of July to lodge their tax returns, rather than rushing to lodge at the beginning of July. This is because much of the pre-fill information will become available later in the month, making it easier to ensure all income and deductions are reported correctly the first time. People who lodge early often forget to include information about interest from banks, dividend income and payments from government agencies and private health insurers.

While the ATO receives and matches information on rental income, foreign sourced income and capital gains, not all of that information will be pre-filled for individuals, so it’s important to ensure you include it all as well.

Tip: If you need help this tax time, we have the expertise to help you report all the right information and maximise your deductions. Contact us today.

Some of the traditional areas the ATO is focusing on this year include record-keeping, work-related expenses and rental property income and deductions, as well as capital gains from property and shares.

Any deductions you claim must be backed by evidence – people who deliberately attempt to increase their refunds by falsifying records or don’t have evidence to substantiate their claims will be subject to “firm action”.

For people who are working from home or in hybrid working arrangements and claim related expenses, the ATO will be expecting to see a corresponding reduction in other expenses you claim, such as car, clothing, parking and tolls expenses.

With the intense flooding earlier this year, some rental property owners may have received insurance payouts. These, along with other income received such as retained bonds or short-term rental arrangement income, need to be reported.

Lastly, the ATO’s keeping a close eye on people selling property, shares and cryptocurrency, including non-fungible tokens (NFTs). Any capital gains need to be included in your tax return so you pay the right tax on them. But if you’ve recently sold out of cryptocurrency assets you may have a capital loss, which can’t be offset against other income such as salary and wages, only against other capital gains.

While Single Touch Payroll (STP) entered Phase 2 on 1 January 2022, many employers might not yet be reporting the additional information required under this phase because their digital service providers (DSPs) have deferrals for time to get their software ready and help their customers transition. However, once these deferrals expire, employers will need to start reporting additional information in their payroll software.

TIP: Essentially, STP works by sending tax and super information from an STP-enabled payroll or accounting software solution directly to the ATO when the payroll is run.

Entering STP Phase 2 means that additional information which may not be currently stored in some employers’ payroll systems needs to be reported through the payroll software. For example, while many newer businesses may have employee start date information handy, older businesses may have trouble finding exact records, particularly for long-serving employees. In those instances, a default commencement date of 01/01/1800 can be reported.

Employers need to report either a TFN or an ABN for each payee included in STP Phase 2 reports. Where a TFN isn’t available, a TFN exemption code must be used. If a payee is a contractor and an employee within the same financial year, both their ABN and their TFN must be reported.

Employers also need to report the basis of employment according to work type. That is, whether an individual is full-time, part-time, casual, labour hired, has a voluntary agreement, is a death beneficiary, or is a non-employee. The report generated for STP Phase 2 includes a six-character tax treatment code for each employee, which is a shortened way of indicating to the ATO how much should be withheld from their payments. Most STP solutions will automatically report these codes, but it’s a good idea to understand what the codes are to ensure that they’re correct.

Income and allowances are also further drilled down – instead of reporting a single gross amount of an employee’s income, employers need to separately report on their gross income, paid leave, allowances, overtime, bonuses, directors’ fees, return to work payments and salary sacrifice amounts.

Taxpayers with aged debts that the ATO had paused collecting or put on hold during the COVID-19 pandemic should be aware that offsetting aged debts against tax refunds or credits has now resumed. The aged debts can be offset either from ATO accounts or credits from other government agencies, although a debt will not be offset if the only available credit relates to a Family Tax Benefit amount.

Tip: “Aged debts” is a collective term the ATO uses for uneconomical non-pursued tax debts that it’s placed on hold and has not undertaken any recent action to collect. These debts don’t typically show up on taxpayers’ online accounts as an outstanding balance.

Usually when a debt is put on hold, the ATO notifies the taxpayer via a letter that the debt collection has been paused, although any credits the taxpayer is entitled to will be offset against the debt. The ATO reserves the right to re-raise the debt in the future, depending on the circumstances of the taxpayer. Letters were sent out in May 2022 to remind taxpayers that they have aged debts and June 2022 will see the recommencement of debt collection.

While most taxpayers (or their tax agents) should have received their aged debts letter by now, some may not have received anything, due to a change of address or patchiness in the postal service. The first clue for them that they may have an aged debt could be when they notice that their refund is less than expected or a credit on one account is less than it should be.

To avoid surprises, if you’re unsure whether you have an aged debt you can check ATO Online Services for a transaction with the description “non-pursuit” on your statement of account. If you have multiple accounts (for example, a business and an individual account), remember to check them all.

The ATO has lifted the lid on its most recent operation to stamp out GST fraud, Operation Protego, to warn the business community not to engage with fraudulent behaviour and to encourage those who may have fallen into a criminal’s trap to make a voluntary disclosure.

Recently, the ATO has seen a rise in the number of schemes where people invent fake businesses in order to submit fictitious business activity statements (BASs) and obtain illegal GST refunds. The amounts involved in these schemes are significant, with $20,000 being the average amount in fraudulently obtained GST refund payments. The ATO is currently investigating around $850 million in payments made to around 40,000 individuals, and is working with financial institutions that have frozen suspected fraudulent amounts in bank accounts.

It’s possible that not all of the individuals involved in these refund schemes know they’re doing something illegal. Ads for schemes falsely offering to help people obtain loans or government disaster payments from the ATO have been on the rise on social media platforms. But ever-changing content about all sorts of pandemic and disaster related support has become commonplace online, and many people don’t have detailed knowledge about all the requirements of Australian business and tax law. It’s really not surprising that it can be difficult to distinguish scam promotions from genuine support measures.

Tip: The ATO wants to make it clear that it does not offer loans or administer government disaster payments. Any advertisement indicating that the ATO does these things is a rort.

Scheme promoters will also sometimes require individuals or businesses to hand over their myGov details. People who may have shared myGov login details for themselves or their businesses with scheme operators are encouraged to contact the ATO for assistance.

Employers should take note that the ATO is now back to its pre-COVID-19 setting in relation to late or unpaid superannuation guarantee (SG) amounts. Firmer SG-related related recovery actions that were suspended during the pandemic have now recommenced, and the ATO will prioritise engaging with taxpayers that have SG debts, irrespective of the debt value.

The Australian National Audit Office (ANAO) recently issued a report on the results of an audit on the effectiveness of ATO activities in addressing SG non-compliance. While the ANAO notes that the SG system operates largely without regulatory intervention, because employers make contributions directly to super funds or through clearing houses, the ATO does have a role as the regulator to encourage voluntary compliance and enforce penalties for non-compliance.

Among other things, the ANAO recommends that the ATO maximise the benefit to employees’ super funds by making more use of its enforcement and debt recovery powers, and consider the merits of incorporating debtors that hold the majority of debt into its prioritisation of debt recovery actions.

The ATO has responded to say that while it paused many of its firmer SG related recovery actions through the COVID-19 pandemic, those have now recommenced, and its focus will generally be on taxpayers with higher debts, although it will be prioritising taxpayers with SG debts overall, irrespective of the debt value.

The ATO says it’s already begun implementing a preventative compliance strategy using data sources such as Single Touch Payroll (STP) and regular reporting from super funds. It will continue to investigate every complaint in relation to unpaid SG amounts, and take action where non-payment is identified. The actions available include imposing tax and super penalties, as well as recovering and back-paying unpaid super to employees. The ATO will also be increasing transparency of compliance activities and employer payment plans, so that affected employees can be aware when to expect super back-payments.

TIP: If you have issues with making super guarantee payments to your employees or would like to make a voluntary disclosure before a potential ATO audit, we can help. Contact us today.

Important: Clients should not act solely on the basis of the material contained in Client Alert. Items herein are general comments only and do not constitute or convey advice per se. Also changes in legislation may occur quickly. We therefore recommend that our formal advice be sought before acting in any of the areas. Client Alert is issued as a helpful guide to clients and for their private information. Therefore it should be regarded as confidential and not be made available to any person without our prior approval.